The concert lasts 95 minutes including a 25-minute intermission.

Dmitri Shostakovich: Concerto for Violin and Orchestra No. 1  in A minor, op. 77

Along with Sergei Prokofiev, Dmitry Shostakovich is one of the most prominent Russian composers of the 20th century. His Concerto for Violin and Orchestra in A minor was created in the post-war period, an era which was very difficult for the composer, and which was associated with renewed Stalinist repression. Shostakovich composed the concert in 1947-48, and it reflects the difficulty and hopelessness of those times. The concert had to wait until 1955 for its premiere, when the solo part was performed by the legendary David Oistrach. The composition, which is very hard to perform, is very thoughtfully composed. The sound and the seriousness of the ideas it contains are close to those of the author´s symphonic work.

Leoš Janáček didn´t write many works for symphony orchestra and for concert performances. Perhaps that is why, after the composer´s death, other authors began to adapt parts of his operas into suites for performance at orchestral concerts. The first suite was compiled by the conductor Václav Talich in 1937 from the opera The Cunning Little Vixen. A new Suite from the opera The Makropulos Case has now been prepared by Tomáš Ille, and its concert performance at the festival will be a world premiere.

In 1873, a friend of Modest Petrovich Mussorgsky’s, the architect and painter Viktor Hartmann, suddenly died. Both of them were among the prominent personalities of the artistic association the Mighty Handful. In January 1874, on the initiative of the aesthetician and spiritual leader of the Mighty Handful, Vladimir Vasilievich Stasov, an exhibition of Hartmann´s drawings, watercolours and models was held at the Academy of Arts in St. Petersburg. Mussorgsky also attended the opening, and he repeatedly returned to the exhibition halls. He decided to pay tribute to his friend through music – and so Kartinky s vystavki, Pictures at an Exhibition, were created. Originally a piano cycle, the work underwent several instrumental modifications after the composer´s death, the most famous of which is the one by Maurice Ravel. Mussorgsky captured ten of Hartmann´s paintings in ten contrasting, vivid miniatures which are among the author´s best-known works. 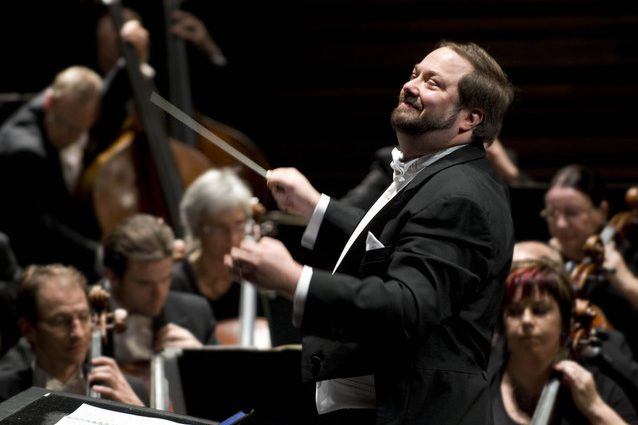