Festive closing of the festival

The performance lasts 175 minutes including a 25-minute intermission.

The Shadows sing of the sexual power of Don Juan, and of the passion which La Morte feels for him. To the sound of a solo flute, Juan enters a dark, abandoned house to seduce yet another woman. Her ecstatic moans can be heard.

The Shadows sing of a woman, whose desire for Don Juan is so great that she imagines his body in the colour of flame.

Don Juan, determined to atone for his debauched behaviour, enters a church during midnight mass, but is seduced by a nun. La Morte plays Gloria on the organ, while the foxtrot plays outside.

Don Juan climbs a mountain of naked female bodies. At the summit he finds La Morte, who is waiting for him.

Don Juan enters a gallery of statues. It is full of male statues depicting his dead ancestors, who unlike him were able to find their way to happiness.

Don Juan converses with a woman, the same one that had previously appeared to him as a nun. Their discussion is disturbed when Don Juan has a vision of another woman. Her body has the colour of flame.

Scene 7, The Storm, and Dialogue with the Sea

Markéta and Don Juan are making love during a storm. La Morte appears and kills Markéta. Don Juan stands before the sea and speaks of his longing for death.

It’s carnival night. Don Juan and Donna Anna dance the foxtrot amidst a group of commedie dell’arte mimes. The Harlequin predicts a scene of horror that is to occur at midnight. Donna Anna refuses Don Juan’s loving advances and tells him: “You are a faithful image of death.” Juan then murders Donna Anna’s husband, Komtur, and Donna Anna commits suicide.

Don Juan is trying in vain to revive Donna Anna when suddenly a group of naked ladies begin dancing around him. He is unable to stop them, and so he calls out to La Morte in his desire for her. La Morte says that he will be closer to her when alive than dead. Above Don Juan, Komtur utters a curse, condemning him to eternal life. Upon hearing this, Don Juan shoots himself, but instead of dying he is transformed into an even younger man.

Don Juan, condemned to the desperate repetition of his cyclical life, to the accompaniment of the same flute solo, re-enters the darkened house where the opera began in order to seduce another victim.  La Morte and the Shadows lurk in the dark and sing, and the last words of the opera belong to La Morte: “Salvation is so distant – once again”.

The festival programme also offers interesting contexts and contrasts with Janáček´s works. This time, it is the turn of the ensemble of the National Theatre Opera in Prague to present a true feat of theatre at the end of the festival – a new production of Erwin Schulhoff´s opera Flames, directed by Calixto Bieito. This work on the theme of Don Juan was offered to the composer by Janáček’s friend of many years, Max Brod, and its world premiere took place in Brno at today´s Mahen Theatre in 1932.

Erwin Schulhoff (1894–1942) came from a Prague Jewish family of German origin. After studying at the Prague Conservatory, which he started at the age of ten, he continued in Vienna, Leipzig (composition with Max Reger) and Cologne. The beginning of the First World War interrupted the promising start of his artistic career. Schulhoff spent the war as a soldier on the Eastern Front, an experience which shaped his opinions on art. After the war, he worked as an excellent pianist in European centres of music. His interest in jazz and Igor Stravinsky´s work arose during this period. Just like Stravinsky, Schulhoff began to combine impressionist, expressionist and neoclassical techniques. The author of the work recommended to him by M. Brod was the Czech writer Karel Josef Beneš, who later achieved international success as the author of the psychological novels Stolen Life and The Magic House. His treatment of the Don Juan legend was unconventional, and it was interesting for Schulhoff, who liked to experiment. Apart from the story of Don Juan, the surrealist theme contains elements from the legend of the Eternal Jew and is influenced by Freud´s psychoanalysis.

The piece lies on the boundary between opera, pantomime and symphonic poem, and is more a series of ten loosely connected scenes than an opera. Don Juan is in love with Death, who is personified by the character of La Morte, the only woman he has never been able to seduce. He doesn’t go to hell for his actions, unlike Mozart´s Don Giovanni, but is doomed to forever live one part of his life over and over in a constantly recurring cycle in which he enters the dark house where the opera started, accompanied by the sound of a flute solo, to seduce yet another victim. This is observed from afar by six Shadows – women commenting on the plot and on Juan´s life like a Greek chorus.

The opera ends with the words of La Morte: Salvation is so distant – once again. At the time when the opera was created, neither Schulhoff nor Beneš knew that their fates would be similar: Beneš was sentenced to death for his participation in the anti-Nazi resistance, though the sentence was changed to imprisonment (1941-1945), while Schulhoff did not live to see the end of the war: as a Jewish artist, he was deported to the Wülzburg concentration camp in Bavaria, where he died of tuberculosis in August 1942.

Schulhoff´s Flames approaches the form of the opera genre in a unique way, and with its damnation of Don Juan through eternal life provides a parallel to Janáček´s The Makropulos Case.

Musica non grata – a four-year project of the National Theatre Opera and the State Opera in cooperation with the Embassy of the Federal Republic of Germany in Prague. 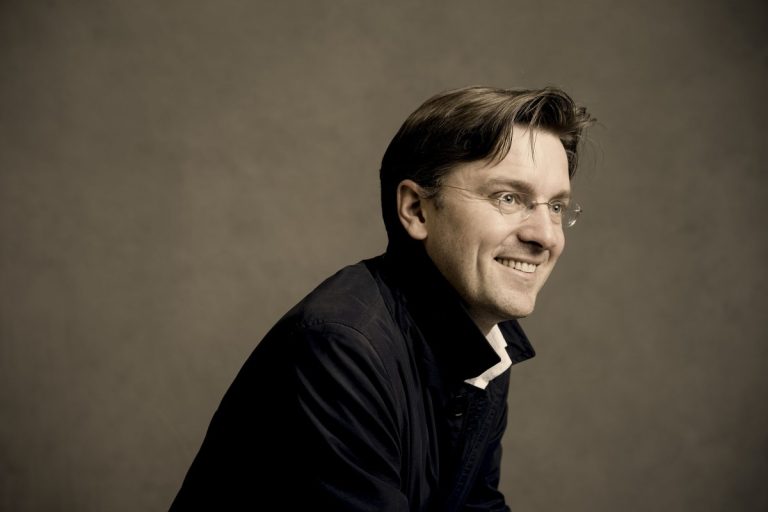